Sinatra Live at the London Palladium

"The big lesson in life, baby, is never be scared of anyone or anything."

Almost a decade and a half ago, when our CEO was “just” a “shop tech,” he got to create this show.  This particular artistic endeavour launched him from “a guy who brought screwdrivers and a hammer to work” into a video programmer, changing the course of his life.

For nearly 3 months, the team worked a grueling schedule for a direction team that hadn’t a lot of experience with using media as a design element.  That wasn’t irregular at the time.  This was back in 2006,

working for a direction team that was completly inexperienced with Media, and the lead was created by a team of STUNNING artists out of archival footage. This was back in 2006 when we networked media layers with an automation systems encoder feeds to track projection onto moving screens. Every few days we had some new aspect of either playback or intergration software created to meet ever changing demands, which was both exciting and exhausting.

Check out a little slice of this masterpiece, we had a lot of fun bringing Ol’ Blue Eyes back to life. 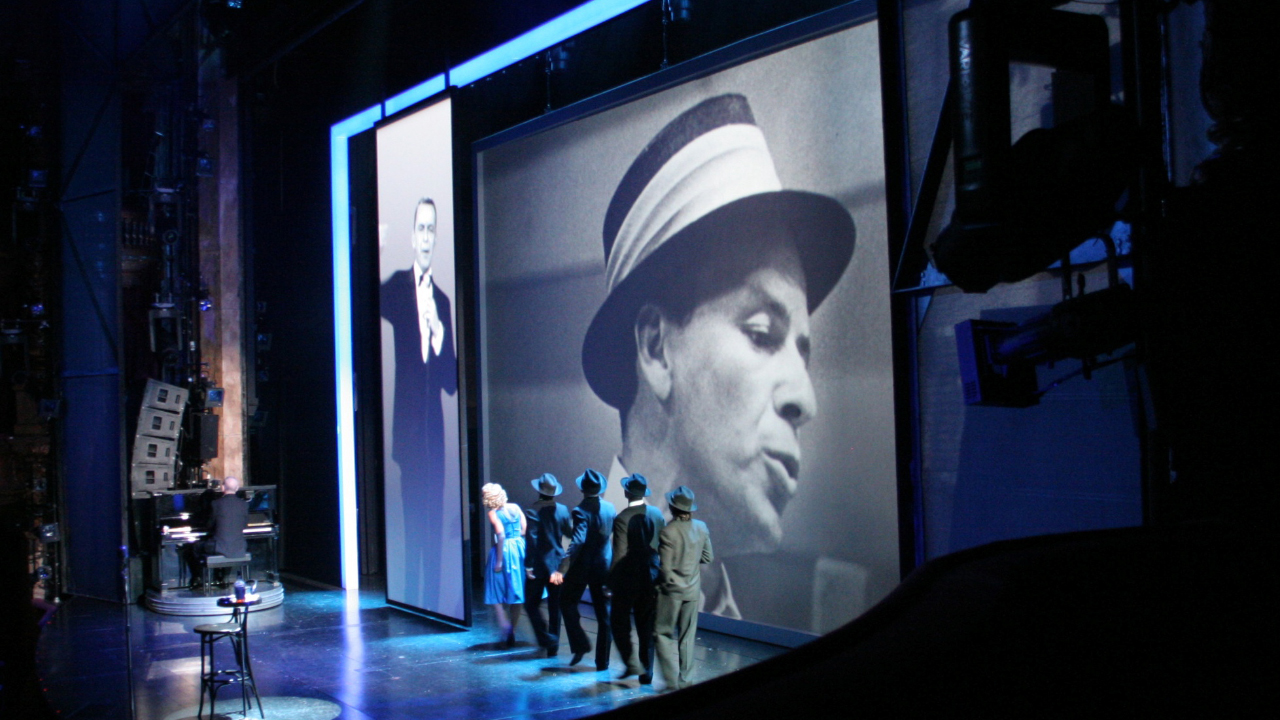